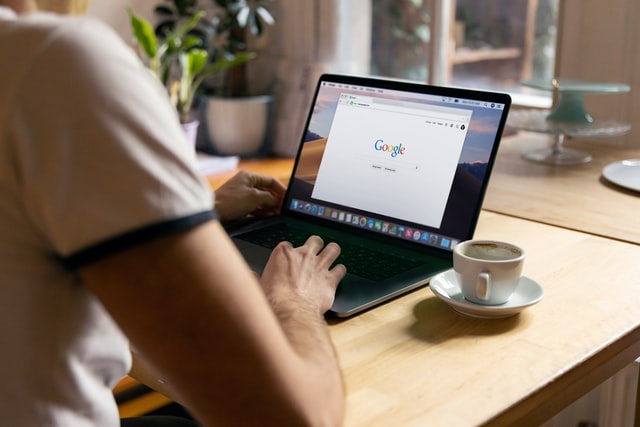 So you’ve baited the hook (with a helpful, regularly updated, well written blog). And you’ve optimized your content. Now you have to cast the line. This is where social media optimization comes in.

Social media optimization is about getting your content noticed by people who’ll link to it. This process is typically referred to as creating ‘buzz’.

In practice, the people most likely to link to your content are other bloggers. In order to keep their network of readers coming back, most bloggers update their blogs on a daily basis, so they’re always hungry for something interesting to talk about. And when they talk about it, they naturally link to it.

WHAT IS SOCIAL MEDIA?

Social media is the umbrella term given to ‘places’ on the Internet where most – if not all – of the content is created by users, not webmasters. Social media services include the likes of:

Because of the un-owned, unfettered nature of social media services, millions of people worldwide use them to express themselves, connect, communicate and share. To have conversations. And because those conversations occur on what is intrinsically a broadcast platform (the World Wide Web), they are, by definition, one-to-many conversations.

This is the real power of social media. It combines the power of conversation between connected individuals with the power of broadcast.

TIP: 75% of Americans use Social Media (Forrester Research, cited on AdWeek), and 93% of them believe every company should have a Social Media presence (Cone).

People use social media to share in all sorts of ways, but mostly for sharing stuff they like, promoting stuff and bookmarking stuff.

In the sense that the people who use social media services are interconnected, they form a network. But the term ‘network’ doesn’t even begin to convey the strength of those connections, the richness of the relationships they facilitate, and the meaning attributed to the network by its members.

While ‘network’ may adequately describe what you’d see if you mapped the interactions from a distance, it doesn’t really describe what it is, at all. What it is, is a community. A naturally evolved, continuously evolving community, with its own culture, dialect, rules, agendas, leaders and prejudices.

HOW TO LEVERAGE SOCIAL MEDIA FOR SEO

In any human community, conversation is powerful. In social media it’s all-powerful, because it’s the foundation of the community. In social media, there’s no physical interaction, so without conversation, there’s nothing. And that’s the key to social media for SEO. If your content is viewed as trustworthy and high quality, word spreads quickly. And because the word is spread by people who are, themselves, trusted, the trust they invest in your content, and their high opinion of it, spreads simultaneously.

Of course, it’s not just a question of writing great content and hoping the right social media communities will find it. There’s way too much content on the Web for that to happen. To make it happen, you actually have to make it happen.

Following is my recommended approach for starting out in social media with a view to improving your search engine ranking. I’ve used StumbleUpon here, but you could just as easily use Facebook or Google+ (or something different) instead. The exact mechanics of the platform will be different, but the logic will be much the same.

Click the diagram (or here) to see the full-size version of this diagram, online.(p 140)

IMPORTANT: Even though social media services allow you to link back to your site (e.g. in your profile, comments & updates), those links are of limited direct value. The sharing and traffic are more important than the links themselves.

Ok. So now that you know the skeletal logic of using social media for SEO, here’s some meat to put on the bones.

Social media spaces are very personal. With genuine communities. And people in those communities value them very highly, take them very seriously and are very protective of them. Entry into a social media community isn’t a right; it’s something you have to earn. Sure, you may be allowed to join, but you won’t be considered a true member until you’ve earned your stripes, until you’ve shown that you value the community as much as they do, that you take it seriously, and that you’re just as protective of it.

So, although your ultimate objective is to get people to link to your site, you have to be very careful how you go about achieving that objective. Don’t go into any social media community thinking you can treat its members like an advertising audience, or like recipients of reciprocal linking email requests. On the whole, they don’t appreciate promotion, and they won’t link to you just because you ask.

Social media culture is one of giving, not selling. If you ignore this, you’ll simply be intruding on everyone’s personal space. They’ll feel the same as you do when you get a telesales call at home during dinner.

Furthermore, most social media community members are bloggers. And they won’t link to your website without a very good reason. Their blog content – even if it’s corporate – is a lot different from corporate promotional content. It’s much, much more personal – bloggers express themselves, they don’t just try to sell. This is the key ingredient in blogging. It’s what makes blogs so powerful and what gives them such longevity. People connect with people.

When a blogger links to something, they’re telling the world that they, as a person, value that content (unless, of course, they’re criticizing the content). If they link to crap, they’ll undermine their own credibility and very quickly develop a bad reputation, and people will quickly stop reading. Without personal authenticity, a blog is nothing.

And a word of warning: if you ignore the culture of your chosen social media space, you risk a lot more than exclusion. Because social media spaces are so personal, people gossip and bitch. And because the networks are so extensive and interconnected, word travels fast. It takes just a few hours for virtually every social network in the world to learn of a serious social media misdemeanor. But it takes months – maybe even years – to live it down.

Here are some tips for avoiding the pitfalls and making an effective start in social media.

HOW LONG WILL IT TAKE TO GENERATE A LOT OF LINKS?

It’s impossible to say how much time you’ll need to spend building links, but you can be sure it’ll be a while. You just have to keep at it until you have achieved a high ranking. Even then, you’ll still need to dedicate some ongoing time to the task, otherwise your ranking will drop.

HOW MANY LINKS WILL I NEED TO GET A TOP RANKING?

Lots! Depending on how much competition you’re facing for keywords, and where the links are coming from, even 100 inbound links may not make much of a difference. So don’t expect anything to happen too quickly. But if you’re dedicated, and you’re prepared to work hard at your blogging and your social media optimization (and your other link building methods), you’ll definitely see results within six to 12 months.