This copywriting jumps out and grabs you by the nose! 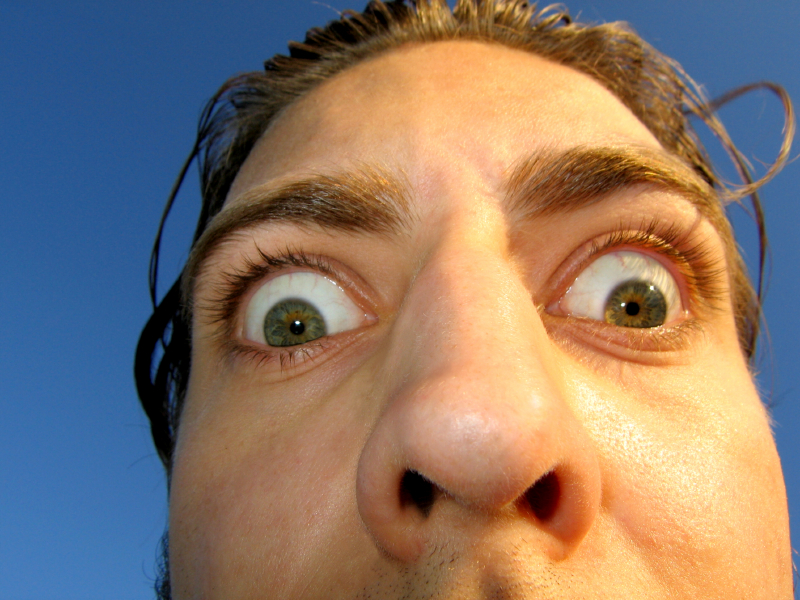 Yesterday I moaned about people being too scared to say something. Today, before I’d even had a chance to change into my good tracksuit pants, I saw three examples of people who weren’t.

The first comes from the glamorous and genuine Lisa Davis. (She’s an SEO developer for Lined Media, but don’t hold it against her!) Four Square impressed her…

The second comes from the equally glamorous and genuine Derek Jenkins. He guffawed over something from Google… 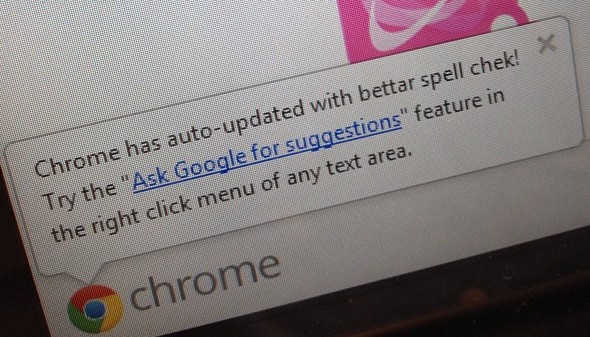 The final example comes from my mate, Greg Colby. Something he saw on Facebook from a Harley dealership: 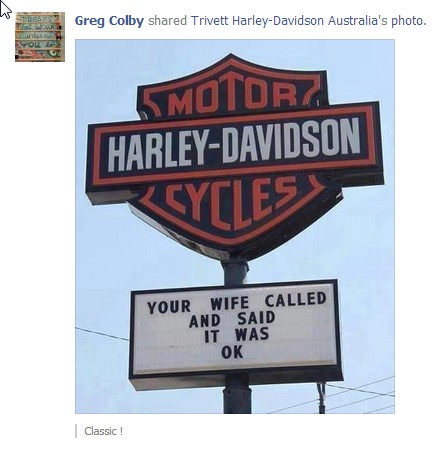 They ARE saying something

Yes, I know these companies aren’t making some profound point. But they ARE making a point. About themselves. They’re saying, “We’re human, like you, and we’re not afraid to show it.”

Plus they’ve shown some kahunas. Humor is always a risk. It’s bloody hard, too, so they’re obviously paying someone with some creativity. And we all love seeing that. 😉

Anyway, that’s all. Be thankful you’ve been spared a rant today!

Oh, before I go, comment below if you’ve seen some good examples recently.

Nice collection. Harley-Davidson case shows exactly what copywriting should be about